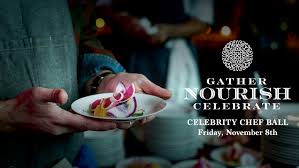 Recently I had an opportunity to attend Meals On Wheels Celebrity Chef Ball.  (www.mealsonwheelschicago.org)

Such a great event for such a great cause.  With some drawing praise and earning accolades from Michelin and James Beard, chefs and restaurants from all over the Chicagoland area featured creative and tasty dishes.  Also featured were seasonally themed cocktails.  Upon trying practically all of the dishes that appeared delectable to my eyes and palate there were a few dishes I felt were quite exceptional and noteworthy that I will further embellish upon.

To start things out...
Chef Ken Polk of Batter & Berries prepared Pumpkin Cheesecake and Pumpkin Spice batter topped with pumpkin cheesecake, candied Pumpkin seeds and Vanilla sauce.
There were several things I enjoyed about this dish. French toast and cheesecake together always make a great combination. Ice cream to gave it a cool dessert vibe, and actual pumpkin seeds being used as a garnish gave the dish somewhat of a salty/savory flavor. I feel like a lot of chefs would've used sweet potato but props to Chef Ken for using pumpkin as opposed to the ever-popular sweet potato because it identified more with this particular audience. There’s nothing like breakfast disguised as dessert.

Batter & Berries specializes in some of Chicago's best breakfast and brunch entrees.
They are located at 2748 N. Lincoln Ave in Chicago
www.batterandberries.com

Moving on to lunch/dinner…
Rooh featured a finely shredded lamb dish that was flat out delicious. Rooh used herbs, spices, and nuances synonymous with Indian cuisine to ensure that their presentation stayed true to form while standing out. Fresh and abundant flavors in the perfect sample size while giving you just enough to get their point across. Aside from the fresh and traditional flavors what also grabbed my attention was how they colored outside the lines with the fresh crunchy yet light and airy crouton found in the first bite of this dish, which came as a delightful surprise. As they say, first impressions are lasting impressions. The crouton along with the great flavors gave me my first "wow" moment of the night.

Rooh is what most would consider as fine dining that is fairly priced with plenty of vegan options. Judging by this dish I'm confident in saying there are plenty more amazing entrees on their menu. I can't wait to go visit them myself!
Rooh is located at 736 W. Randolph Street in Chicago.
www.roohchicago.com

Dessert...
The final dish I tried while preparing to exit stage left was Black Dog Gelato’s Apple Sundae. A modest amount of apples co-starred with vanilla gelato and similar to the afore mentioned lamb dish there was a nugget of goodness that surprised me in the form of a gouda crostini. Most would question whether a gouda crostini belongs with gelato. In my opinion it was a great idea to add something different that allows you to focus on the sweeter properties of the dessert and tasting something savory that compliments and even helps highlight the sweeter aspects.
As LL Cool J said on "I Need Love", It’s the little things you do that mean so much.

Cocktails
Ketel One Peach and Orange Blossom Botanical Vodka with lemon, apple juice, and cinnamon.  They, did a great job of keeping things simple and adhering to the seasonal theme. While many of the mixologists and spirits purveyors presented cocktails that were creative some of them were as strong as Lou Ferrigno in his prime. Ketel One’s cocktail was very well balanced, tasted delicious, and was not overly strong, thus being more easygoing and enjoyable. This was the perfect cocktail for socializing at an event taking place during Autumn.
www.ketelone.com 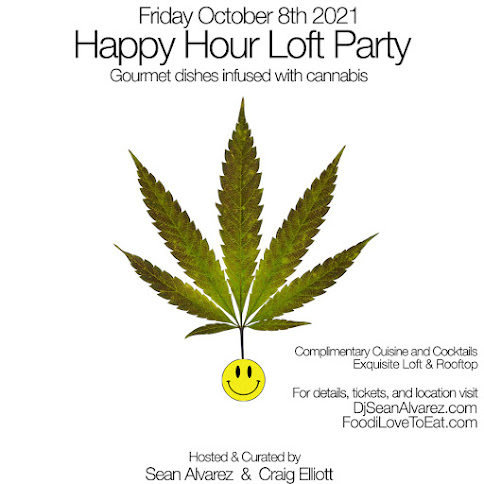 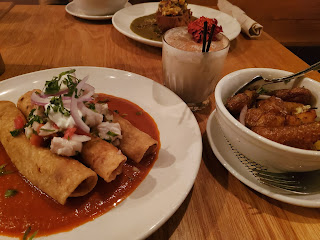